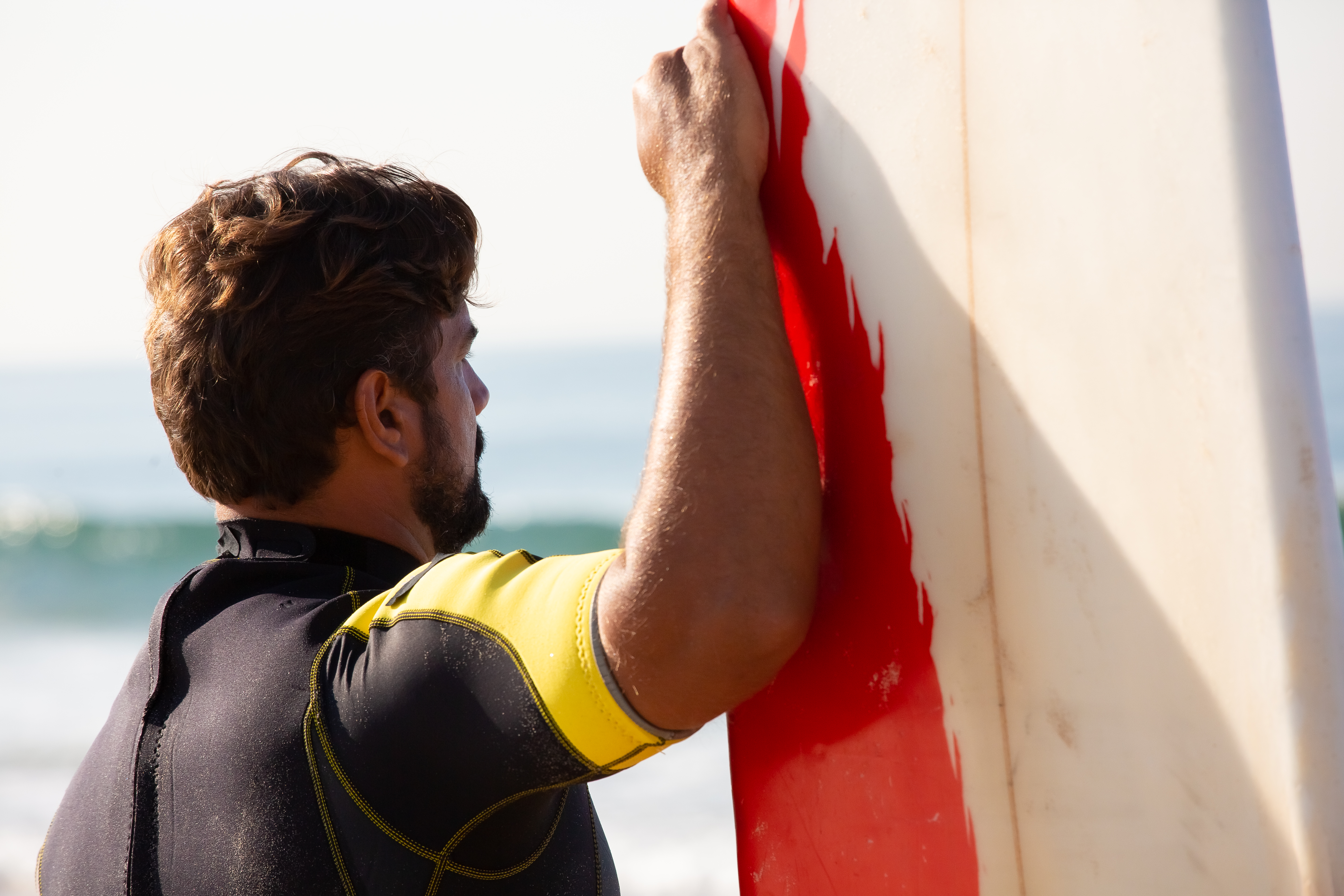 “And the ladies that will all go out”, how the war came to Main Street and enlisted us all, some thoughts

Author’s program note. I was restless that night and I also did what I almost never do, which is to turn on the TV to entertain myself. This, however, was not destined to happen. In fact, there was to be no light or joy at all for that day and the excruciatingly long day to come…

I saw the feature that so often distinguishes the nightly news, the crime scene video feed, the scene is usually somewhere in the middle of the city that no sensible person would go to, much less in the dark of the night. The sirens sounded. Intense reds and blues pierced the night. The police blustered, made the kind of unyielding gestures that seem so officious and ridiculous, but which we card-carrying members of the middle class are glad to be on our side at times like this.

Yes, it was the usual late-night distraction that would be buried on page 8 or so of the next day’s paper. Nothing to do with me… not even the title at the bottom of the screen: “MIT Security Officer Murdered.” But from then on, during the long night and the longest day that followed, everything was direct, personal, everything related to me.

The reporter noted that the crime scene was Vassar Street, Cambridge, while the video on screen showed a large fortress-like structure that was a building well known to me. The surplus of my pack rat life is stored there…copies of my books and articles, my father’s letters from the Pacific front in World War II, both sides of voluminous correspondence when my mother and I were away. solving the difficult moments. in a relationship in which loving each other did not prevent us from saying the sharpest, often hurtful words, her in her coppery hand, mine rushed and unreadable.

Those things and so many others were the crucial artifacts of life, things to be boxed up now, to be considered in spare time, someday, I promise… Everything was in the building behind the reporter. Life was about to change forever when the total war of our time swept over me, imperious, without thinking about who I was, what I had been doing, no matter how important. My wishes, wishes, priorities counted for nothing… and neither did yours.

The lyrics for “When Johnny Comes Marching Home” were written by Irish-American bandleader Patrick Gilmore. The first sheet music publication by him was deposited in the Library of Congress in 1863, with the words and music credited to “Louis Lambert”, a pseudonym Gilmore inexplicably used instead of his own name. Copyright was retained by the publisher, Henry Tolman & Co., of Boston.

Determining who actually composed the music is much more complicated. There is, for example, a melodic resemblance to an earlier drinking song titled “Johnny Fill Up the Bowl”. Someone named J. Durnal took credit for its arrangement, though not for its composition. This, in turn, bore a clear melodic resemblance to a Robert Burns tune, “John Anderson, my Jo”, which dated back to a 1630 tune titled “The Three Ravens”,… which dated back to… .but you get the picture.

What is important is how popular it became with both Confederate and Union troops. And it’s no wonder…it’s a great marching song…the music urges tired feet to go further and never falter…while the lyrics remind them of the delights of home, soon to be able to savor and enjoy, just one more battle…just one. Before proceeding, go to any search engine where you will find several fine versions. Listen carefully to lyrics that are now ironic and as far away as ancient Troy.

“The men will cheer and the children will scream.”

This is how wars were waged in those times… and, until the other day, in ours. We knew who the enemy was. We knew where he was. We knew what he was fighting for and we knew he had a martial code of honor that would (at least occasionally) make him think twice about doing the unspeakable. Sure, it was a code more often followed in case of non-compliance… but it did exist, if only in one or another Geneva convention.

This is how our beloved troops dressed in battle uniform, aware of the last kiss to their girlfriend or wife; these held back the tear that will surely fall when you are alone in a few minutes when the loved one is gone, perhaps forever. The parents hugged the children they would not recognize when they returned; They grow so fast.

This was the war we knew… applause as we depart, sure victory for our cause was always correct and our recourse to war always reluctantly and unwillingly… then loud, sustained, enthusiastic applause as Johnny marches into House.

Now, that kind of antediluvian warfare is just a thing of memory, likeness, and wishful thinking…because we don’t go to war now with all the trappings, flags waving, music blaring, fit for the high affairs of the Great Republic. Actually no. For now we do not go and return from the war. That war comes to us and confuses our lives more than even the greatest of battles…because all of us are fully engaged in this new kind of undeclared and unlimited war with no rules or procedures of any kind, war in which the first victim may well be an 8 year old boy, his life shattered and blown to pieces by malefactors whose movements are secret, stealthy and murderous, completely meaningless, the honor and respect that soldiers in the other wars can give their worthy opponents.

But this new type of warfare is completely different, insidious, taking prosaic objects and situations, turning them into weapons of fear, anxiety and random death. This is a world where evil can lurk behind young and youthful faces and behavior. Where there are no military helmets, but baseball caps, worn backwards in approved teen chic. This is a world where the element of deadly surprise always belongs to the attackers, and thus can be brought to bear with ruthless precision and razor-sharp precision.

This is a world where the supplies for bombs made to maim, dismember, and destroy are no further than your local hardware store, because amidst the crayons, sprays, paints, and screws are the essential tools of ruthless catastrophe and reverberating fear. that paralyzes a great city while making millions more around the world wonder if this could happen to them, knowing full well in their anxious hearts that these purveyors of death might already be at their cruel and selfish work; perhaps the surly young man who scowled when greeted today…worse, perhaps the handsome young man who smiled, offering a friendly joke or passing joke. You see, the agent of massive pain and suffering can so easily put on the kindest of faces.

These are the aspects of our new kind of war, war, here now, here for the rest of our turbulent and restless lives.

“Stay in your house. Don’t open the door.”

I have never received a call like this before, but I am sure I will receive others like this in the years to come. He had decided to go out and see what he could see. But I never got the chance because the Cambridge Police Department called to tell me to stay home and make sure no strangers were allowed in. They called this blockade; turned me, and hundreds of thousands of others, into a legion of internees…

And so all of us, surrounded as we are by a plethora of communication devices, use them to fuel our anxiety and disbelief. In the line of fire as we were, we listened intently to every detail, often inaccurate, incomplete, and alarming. Like any good journalist, we examined, revised, deduced, listened to more assumptions and soon-to-be-discarded “facts”… veering first one way, then another as events unfolded; our enthralled and incredulous attention that so many things were happening, so close, so inexplicable, in my city, in my neighborhood and at my very door.

It was surreal, unforgettable, fascinating, terrifying, the new reality of our challenging, nervous and insecure times. And it can all take place anywhere and at any time against any of the peoples of this Earth, people whose race, creed, color, or disposition is judged unsuitable by some “superior” group whose first goal is to kill the very idea of ​​diversity. Because in a world that must necessarily value, fight and appreciate diversity; they aspire to a single truth, their own, and as such they are willing to go to any extreme, destabilize any society, commit any barbarity to ensure their path. These are the absolutists of world politics…the stately thugs who put the rest of us and everything we hold at risk…offer hate, violence, an agenda of utter evil and unrelenting evil.

Against such a litany of horrors, all good people on this planet must stand united by our creed, tolerance for all, acceptance, humanity, diversity, inclusion and love always, because without love there can be no lasting peace. .. and lasting peace. it’s what we strive for. This path, the path of unity and community, is the only path. Otherwise, random death and amazing response apparatus will be our portion… Thus, to save our freedom we are forced to give up our freedom, losers no matter what. We are already on this dangerous path, rightly apprehensive and full of grave forebodings and growing alarm.

“And let each one do his part/To fill the warrior’s heart with joy/And we’ll all be glad/When Johnny marches home.”